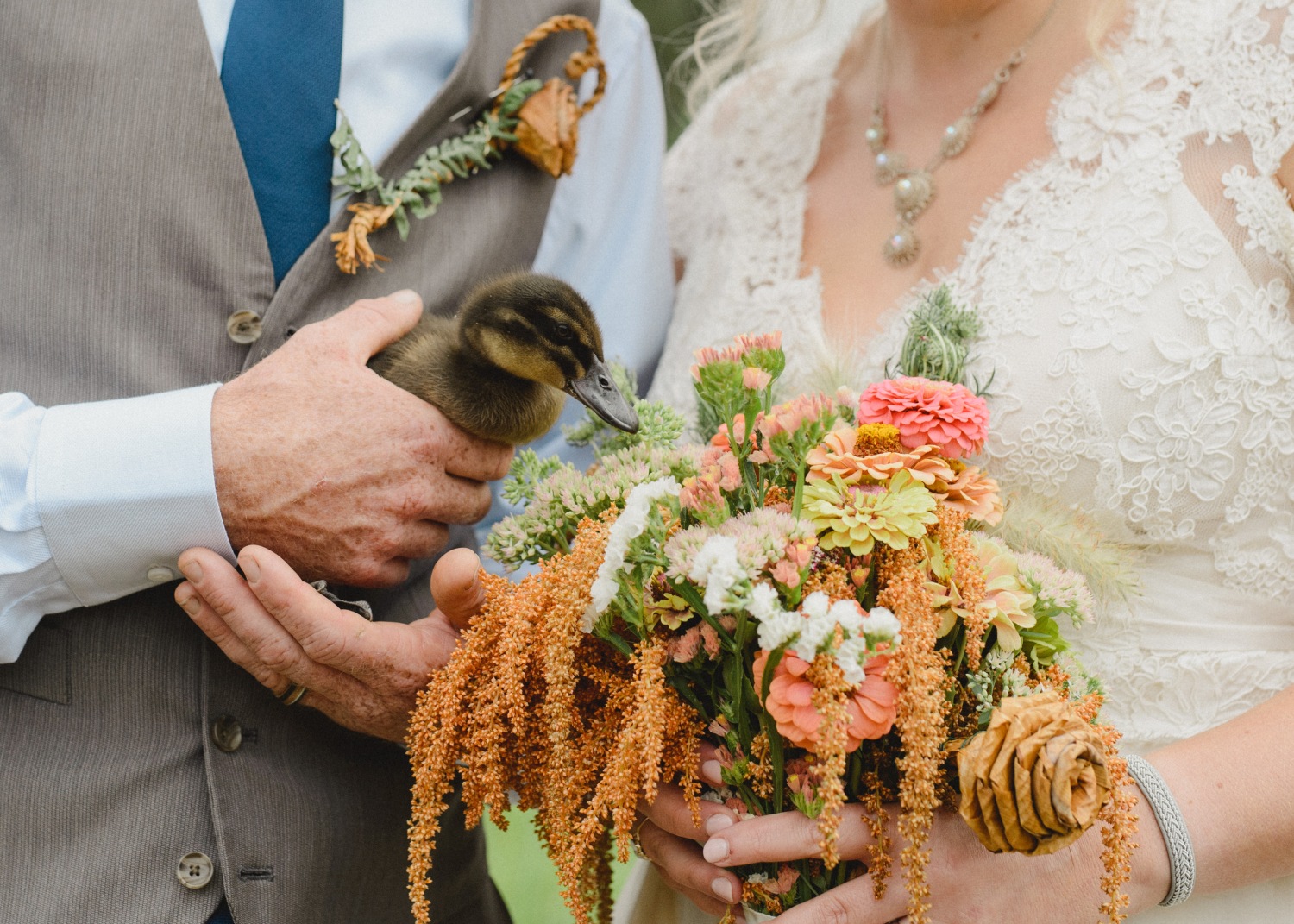 The sounds of spring are in the air. Birdsong fills the yard, and the egg incubator hums in my living room. Every spring we carefully place colourful, fertilized chicken and duck eggs in the racks and wait patiently, until we can hear, with ears pressed to warm shell, the muffled rustles and faint peeps of tiny birds inside.

The ducklings and chicks we hatch are egg layers – we generally won’t eat these birds, but sometimes a male duck will find its way into the oven. Our layers are almost like pets, and those with standout personalities or traits often get names.

Last year, about a month before our wedding in September, we decided to incubate some duck eggs out of the spring season to bolster our flock after a lot of losses to raccoon and bobcat. Only one duck ended up hatching out, and since the little guy was going to be alone in the brooder, I decided to take the tiny duckling under my wing. We started calling the duck Pat since we didn’t know if it was a boy or girl. Then we changed tactic and tweaked the name to Patty B to help sway the universe into giving us a lady egg layer instead of another randy male. 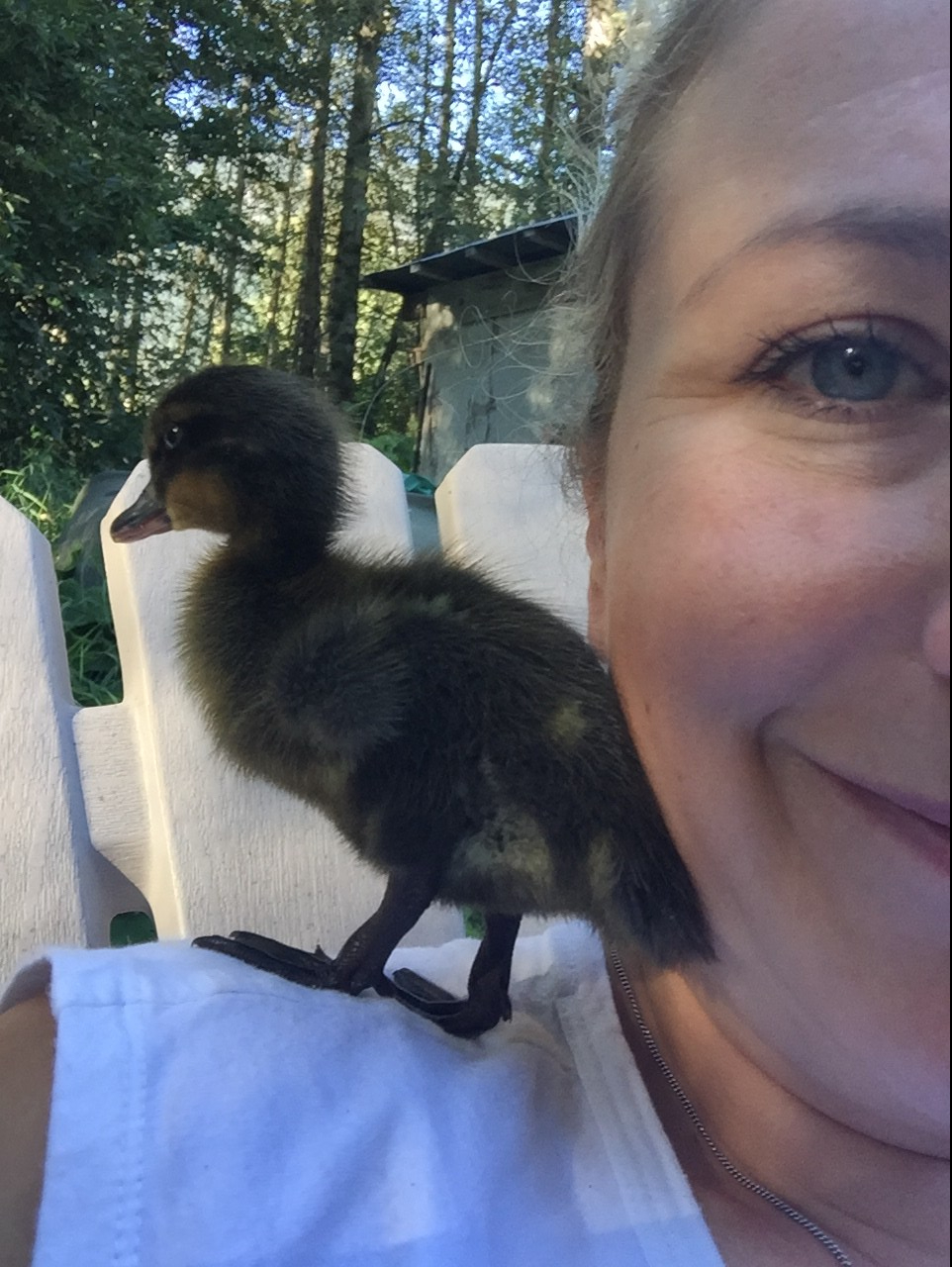 We aren’t going to have kids, and you may laugh, but being a duck mom was super intense. I have no idea how mothers of actual, tiny humans do it!

When she wasn’t with me, perched on my shoulder, Patty B was in a large pen outside the French doors of my home office. Every time I put Patty B back into the pen after a walk around the yard, her frantic cries would break my heart and inevitably I would be back out there for another visit. In retrospect those regular walks around the yard, with the slapslapslap of her tiny feet windmilling behind me and our chilly wades into the backyard slough so she could dip and dive through the muddy water probably saved me from a total “crash and burn” in the lead up to the wedding.

As the big day drew closer and our walks got longer I hatched an idea – what if Patty B was part of the wedding procession? Training began in earnest with longer walks around the yard and then, eventually, forays across the small bridge into the backfield where our ceremony would take place.

The wedding day finally dawned…and it was windy and rainy. September 9, 2017, happened to be the first time it rained since Patty B was born…actually, I think it was the first day it rained all summer! Luckily, we had a break in the weather before the outdoor ceremony began and as my wedding party and I gathered just across the bridge, my dad opened the door to the pet carrier to release Patty B. She dashed out onto the muddy path with excited chirps and peeps and began slurping muddy water up her bill. Mud! Worms! AWESOME.

It was time to start down the aisle, and my flower girl and bridesmaids began their slow march down the field. It was time for me, my dad and Patty B to make our way down to the rest of my life. But Patty B was having none of it.

I gave one last “C’mon, Patty B!” before sighing and giving up. The show had to go on. We walked down the field and suddenly as we were coming up between the rows of guests I heard a small boy cry out, “Is that a DUCK!?” 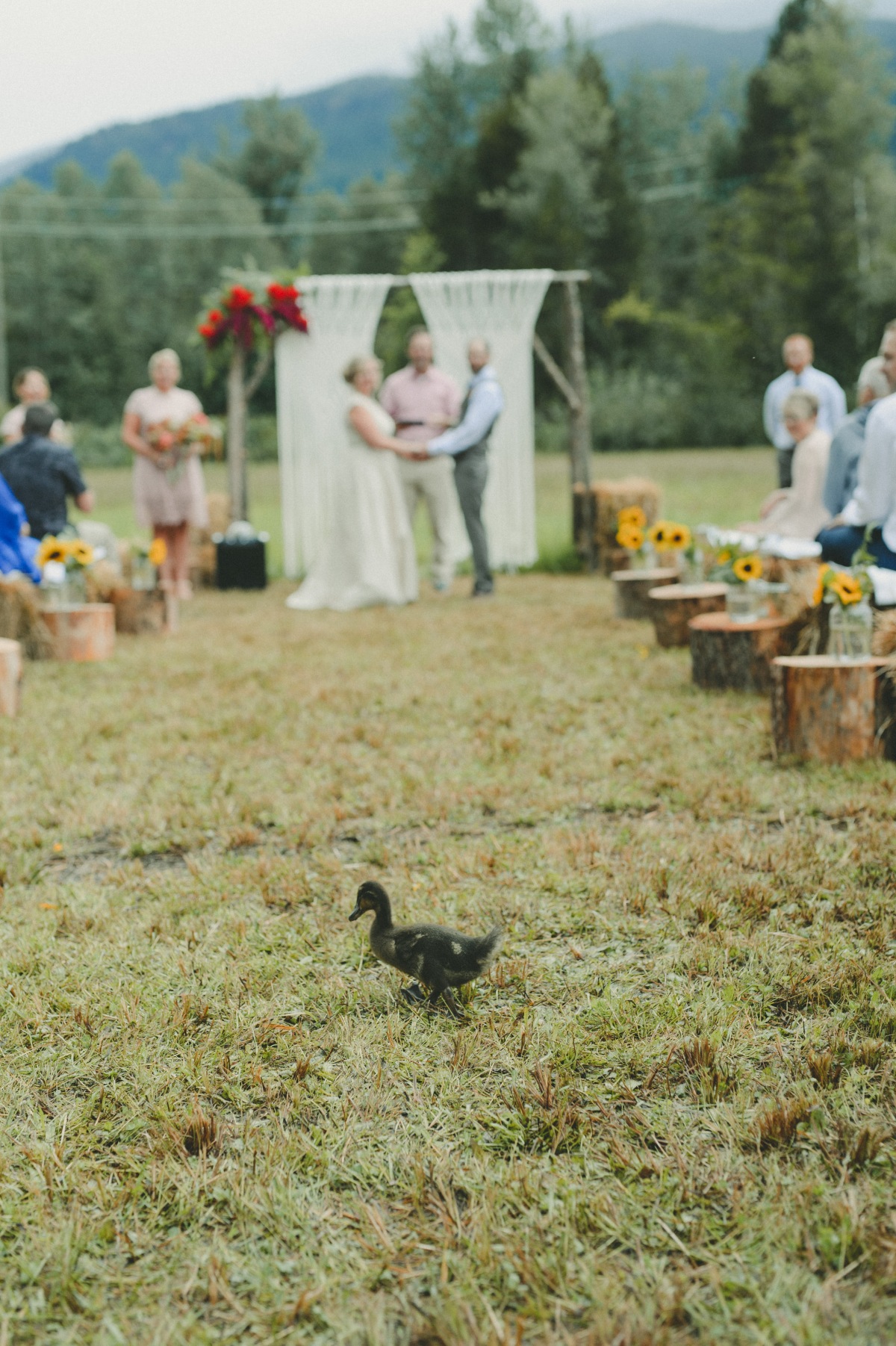 YES. Patty B made it down the aisle with me after all.

Most of the animals we raise have a pretty low-key life compared to the wedding adventures of Patty B. But, we tend to every animal at Bandit Farms with care, love, and respect whether we are raising them for their eggs or to eventually harvest for meat. I’m not a duck mom to everyone but being close to our food sources is a privilege I will never take for granted.

Also, in case you were wondering, Patty B turned out to be Pat…but don’t worry, we won’t eat him. 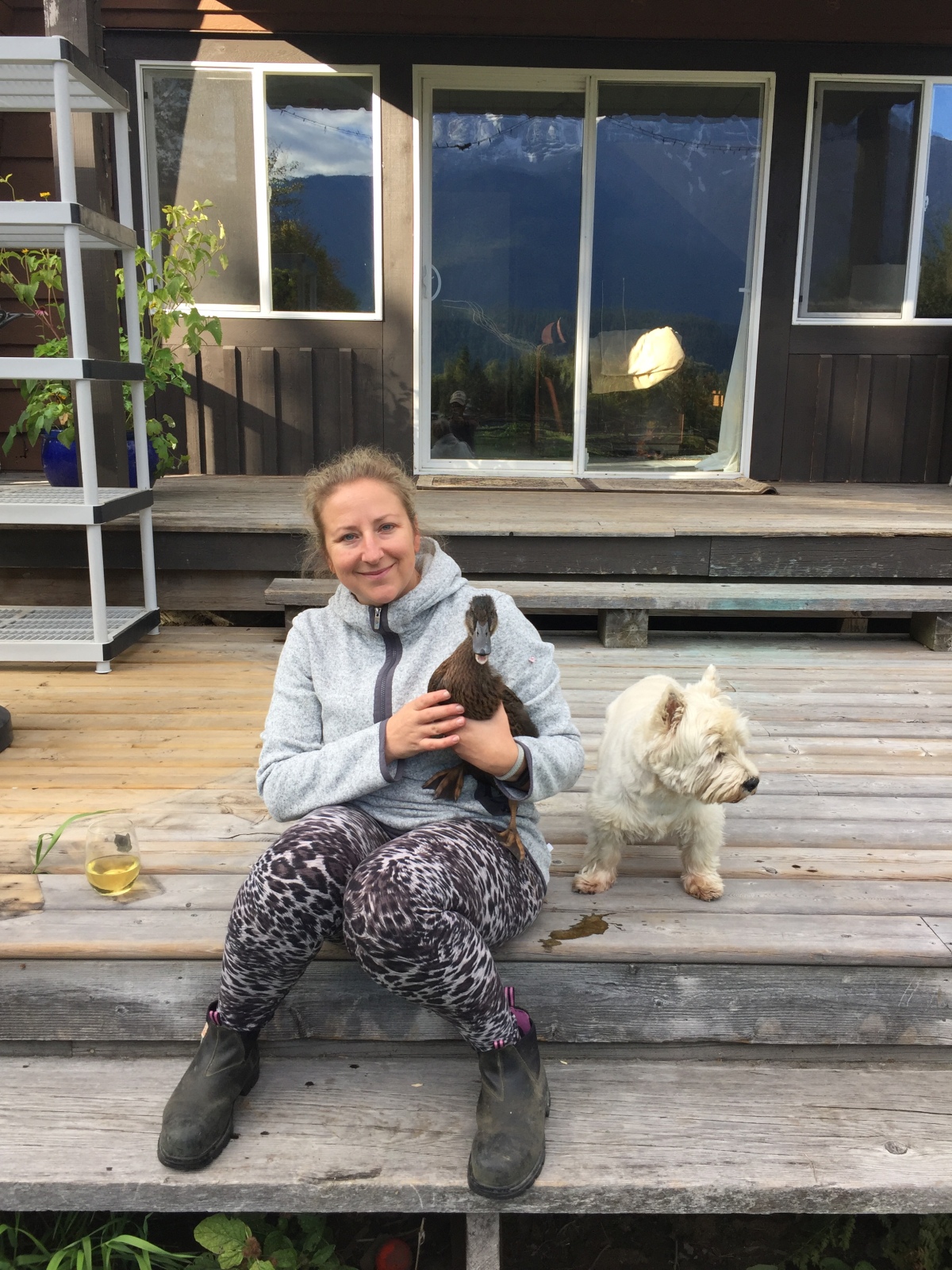