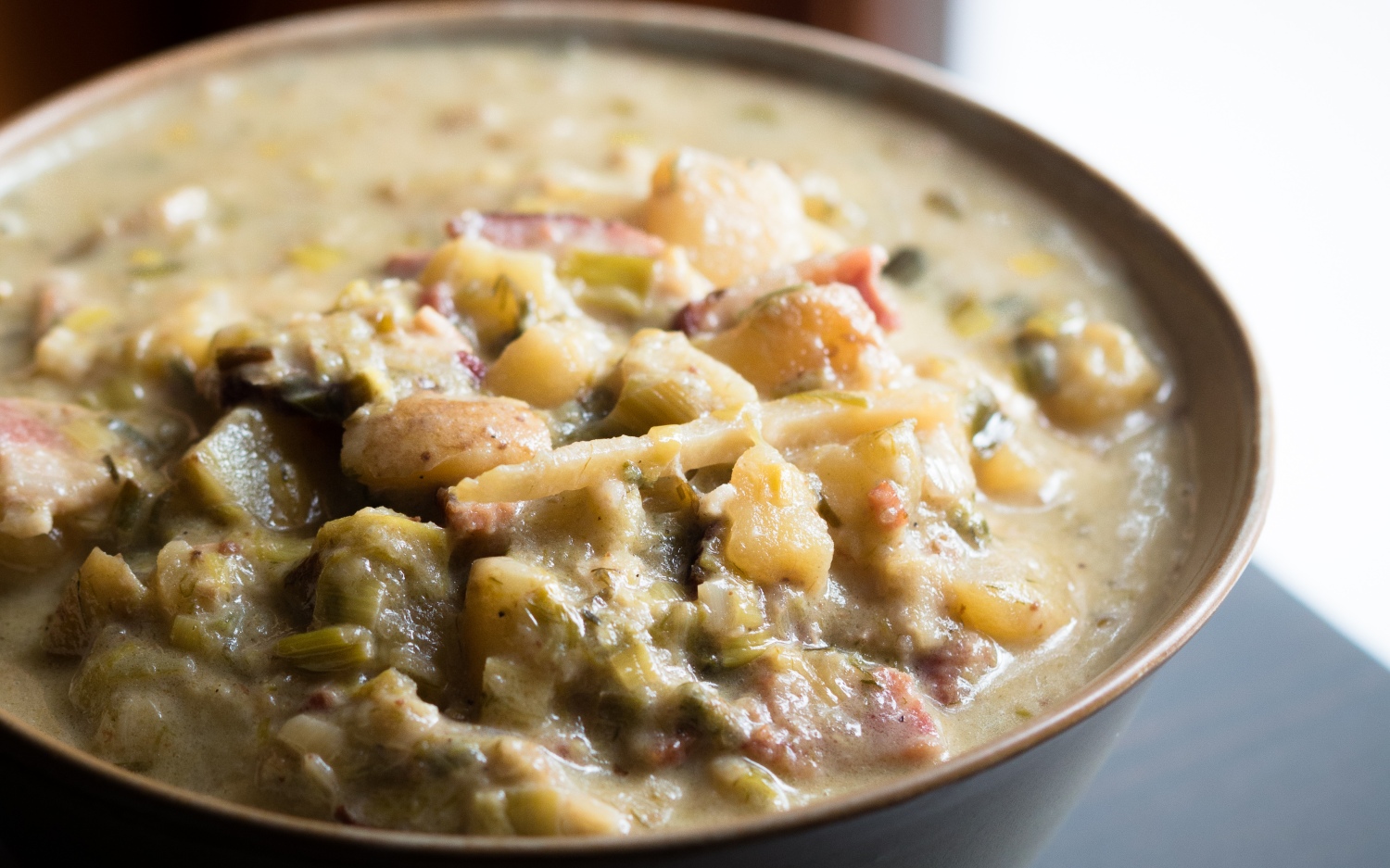 It was right around the time when David Suzuki started showing up outside the Nature of Things to talk of global warming (or climate change as it is now more accurately reported). Leaders around the world were taking steps toward protecting our environment – even H.W. Bush went on to ban CFCs to protect the ozone layer.

I was lucky – or admittedly privileged – because I had access to a car. This privilege meant that I could choose a co-op work term outside of town limits. I got my first choice: an outdoor education centre for local elementary schools.

I learned a lot about our world that year. My mentor was a devout naturalist, conservationist and environmentalist, but also, incredibly kind, engaging and completely immersed in the challenge of changing people’s minds.

He propelled people to think zero waste. Especially when it came to food. Every day-long lesson included a pre-planned low-waste lunch for 30 people – and a lesson about compost.

He had built the most interesting compost box that reminded me of an old tickle trunk replete with finished edges, a latch, and a key. He told stories of his months spent finding the perfect reclaimed materials.

For maximum insulation (to keep the compost hot) during big snow months, each wall of the compost trunk was built from two pieces of metal that sandwiched several inches of yellow spray foam inside – I remember because he kept a small slice of the material pasted to one of his many super cool tri-fold science displays.

When he lifted the lid of the compost trunk in the middle of winter, the steam from the compost billowed toward the little faces of wonder. The fanfare was inescapable. In truth, he even made shoveling compost fascinating.

The interactive lesson ultimately left the kids yearning to contribute some of their lunch to the steaming heap. But once he realized their interest in throwing food away for the sake of contributing to a process, he quickly changed the game.

He would first show the new kids the previous group’s food waste, and then turn the compost to bury yesterday’s remnants. Next, he challenged them to leave a pure rich black mostly untarnished soil canvas for the next group to admire and match. It was a certain lesson in take only what we need. Of course, a child’s food was exempt if they accidentally dropped it, so as not to ruin a perfectly good streak out of simple misfortune.

This lunch hour entertainment was just a small segment of his bigger plan to change the world. I often think about that mentor and wonder if he feels nearly as cynical about the limited change as I do. That was 31 years ago.

He made zero waste feel immensely important then, but now I’m just not sure where we’re at in this world.

I’m conflicted about standing up – and acting as he acted. It’s hard to lead in the face of what seems like a stagnant world. But, to be fair…

There are a million cool tools out there now to measure your impact and to guide you in prioritizing your changes. The most interesting tool I’ve found so far, is the CNN Green House Gas (GHG) emissions quiz.

Take it right now, if you’re looking for a challenge: www.cnn.com/interactive/2019/04/specials/climate-change-solutions-quiz/

I reveal a section of the quiz in my words below.

In the food portion of the quiz, you’re asked to drag the solutions to rank the ones you think would have the biggest effect on curbing climate change. As spoil-alerted, I’ve cheated and given you the solution here.

1st – throw away less food – this would be similar to taking 511 million cars off the road.

4th – compost your waste – this would be similar to taking 16.5 million cars off the road

Now, when you saw “cook over clean stoves”, it might have led you to think, “I can make a difference if I wipe my stove down every day… really?” Well, that’s not what they mean.

They are talking about half the world population cooking over gas, wood-fired stoves, or even the deemed-deadly open fire pit.

So, clean stoves might seem like a place for improvement, but throw less food away creates nearly 4.5 times an impact over reducing “dirty” stoves, and it amounts to no small numbers. Plus, reducing waste is a shocking 30 times better than simply composting.

The unfortunate thing is that a lot of avoidable waste in North America comes down to excess. Sure, in some cases, this is food left in fields, retail stores and processors but according to Love Food Hate Waste Canada, 47% of avoidable food waste in Canada is from consumers tossing goods that they don’t eat.

Sure, life goes sideways sometimes and you’d do better to throw out those suspicious leftovers. But, for the most part, avoidable food waste stems from over purchasing — or not processing and storing the food when it’s on the edge of no return (e.g. freezing bread or making clean-out-the-fridge soups for the freezer).

And, did you know the number of GHG emissions for avoidable food waste is completely dependent on the type of food that we waste. For example, processed foods, meats and cheeses have higher inputs, and therefore we are wasting more GHGs in the entire process of growing, processing, packaging and even cooking them. Not just the GHGs in getting them to our home, chilling them, driving the compost to centralized composting and the processing of that avoidable compost. 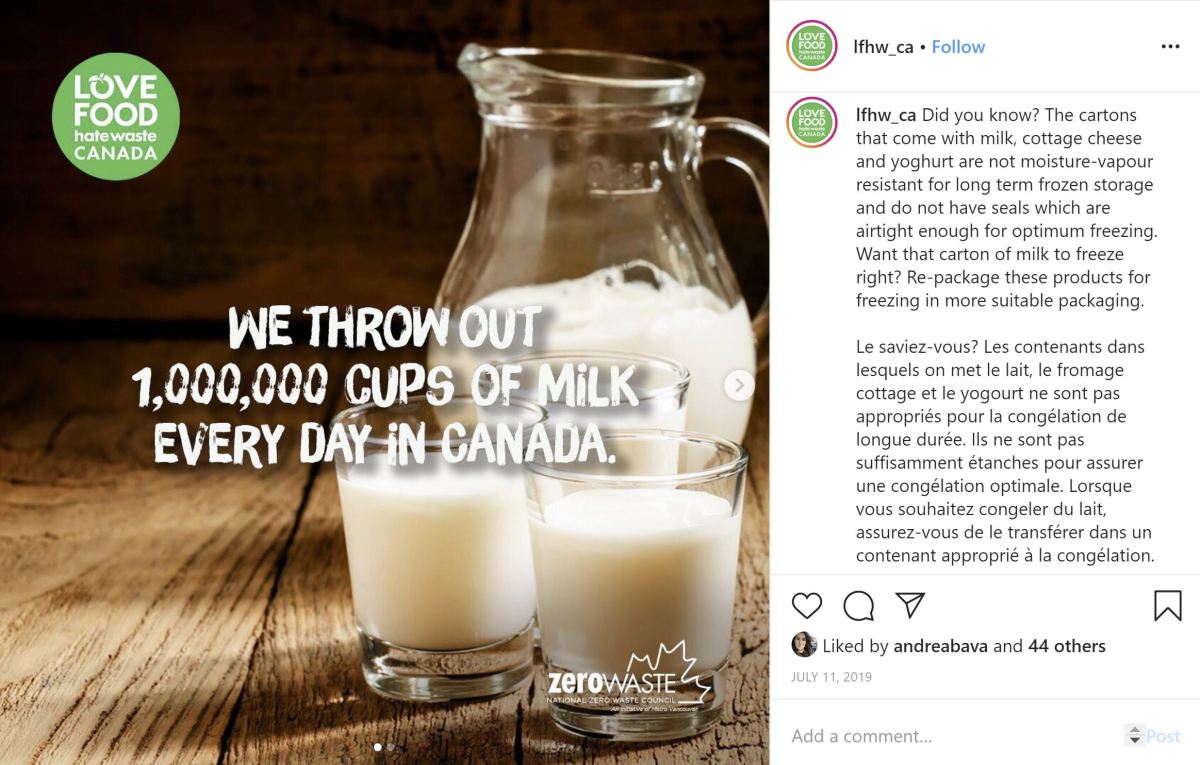 So, if you’re cutting the questionable edges off of your cheese every week, it’s time to cut back on cheese purchases.

I hope this is a certain lesson, if not simply a lesson to myself, to take only what we need. After all we might just remove the equivalent of 511 million cars from the road. Wouldn’t that be cool!

Writer and cook Lisa Severn is making a refrigerator soup this week.