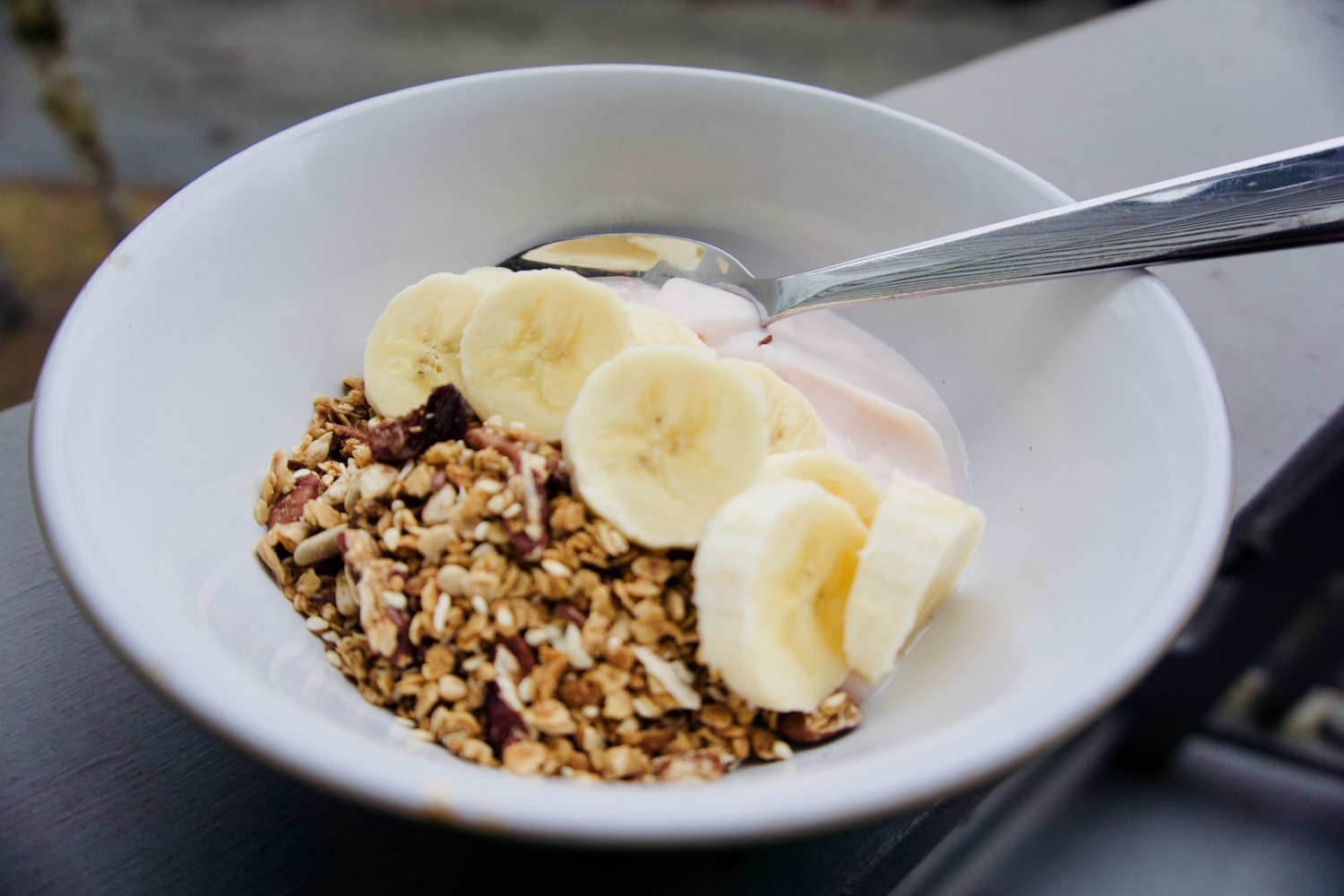 The past few weeks, with the arrival of COVID-19 to our piece of the world, has caused me, as a normally un-anxious person, to become riddled with anxiety and a sense of foreboding, as I know is the case with many of my friends, colleagues and neighbours.

Working in the hospitality industry in Whistler, with hotels temporarily ceasing operations and restaurants and bars closed to guests, means that is time to pull up the boot straps and find a way to both save money and release some of that tension.

My go-to is baking and I do happen to have a banana bread in the oven as I type. But, as the hotel restaurant where I work had to close suddenly, there was a lot of food that was potentially going to go to waste and was instead given away to the staff, primarily to those who were just about to receive a temporary lay-off notice. 😦  I did, however, manage to get my hands on some yogurts and this recipe for Maple Granola is one that I have been meaning to make for a while. So now my daily breakfast consists of yogurt parfait with half a banana and, if I really needed a snack, the granola would work for that too. 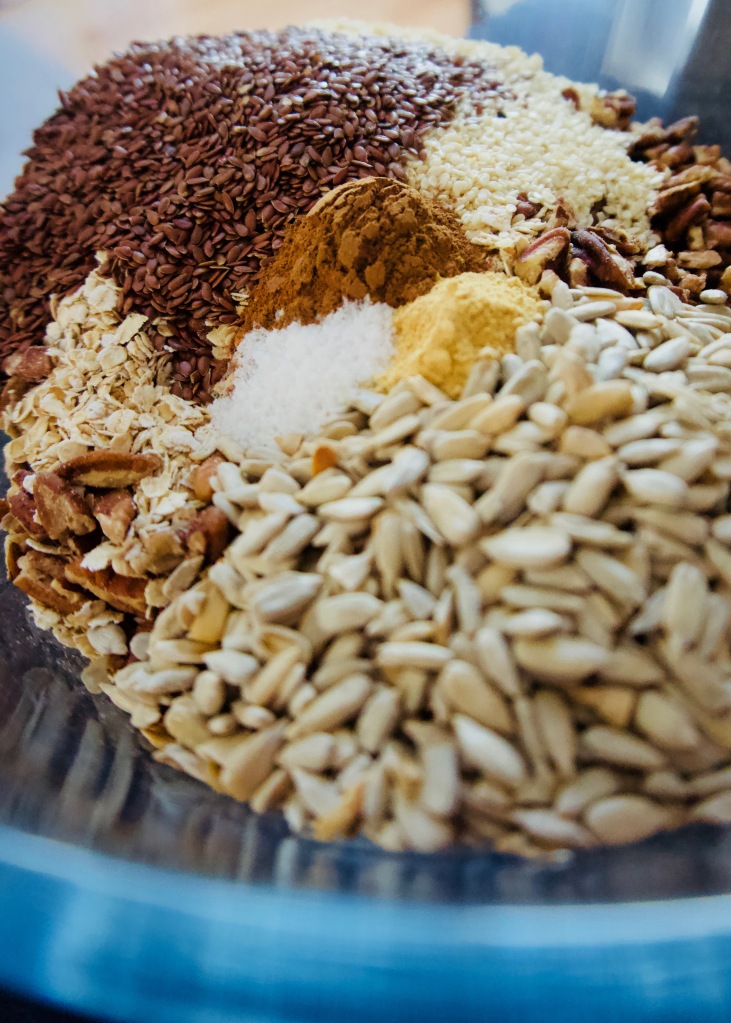 FYI I didn’t actually have any sunflower seeds in the cupboard but did have some linseeds so added those in instead. However, I’m pretty much sure you could add in whatever seeds, nuts and dried fruit you prefer and it would still taste delicious! 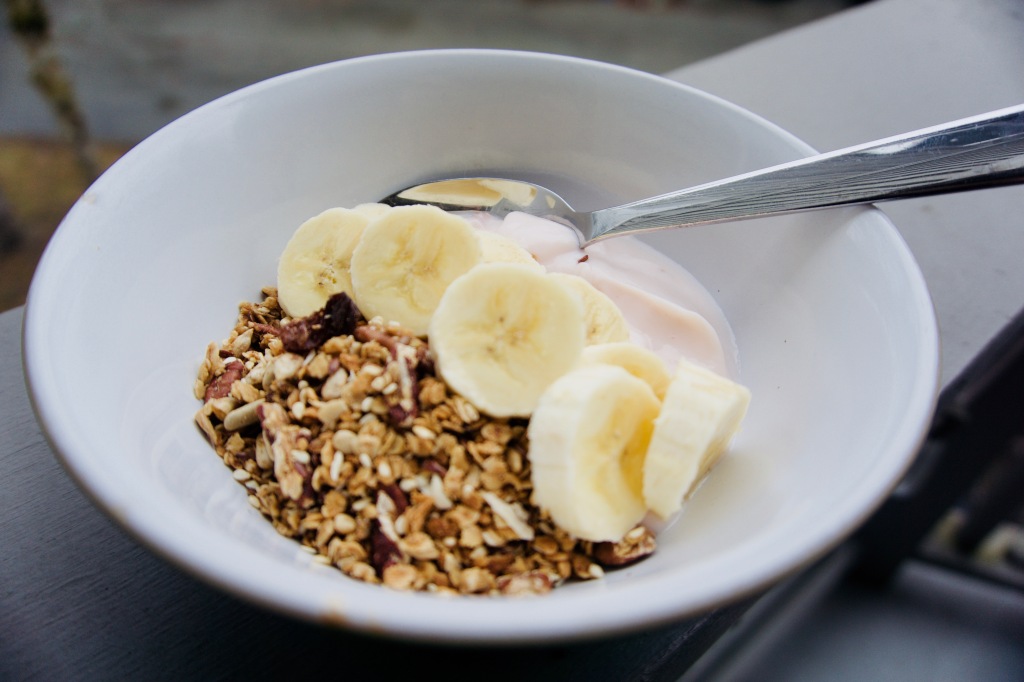