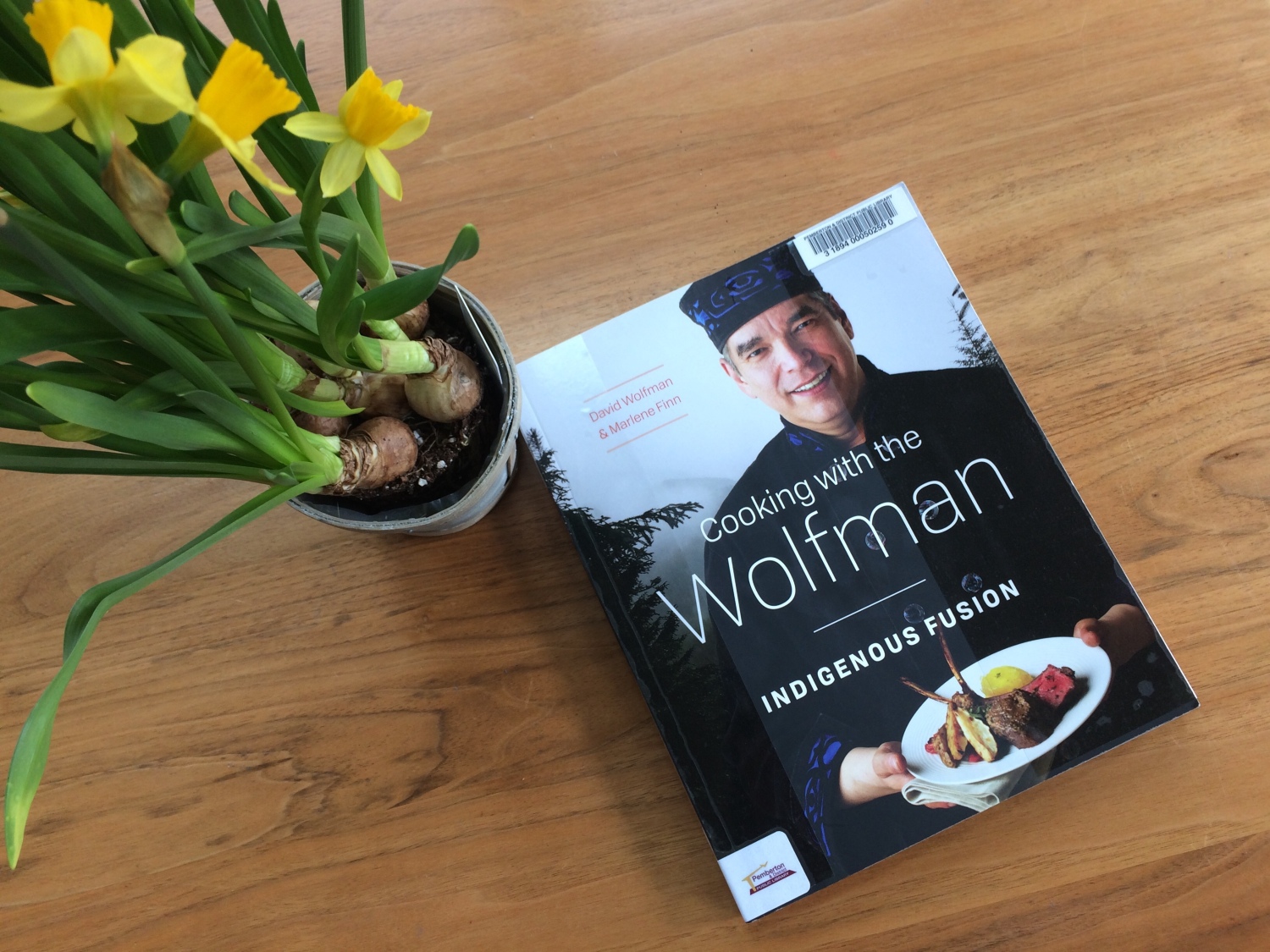 I asked Chef David Wolfman if he thought eating an all-indigenous diet would transform me over time, and he laughed.

The book, released in the fall of 2017, has already won several awards, including Best Cookbook in Canada from the Gourmand World Cookbook Awards. It’s in contention for the prestigious Best in the World designation and will represent Canada at the World Cookbook Fair in May.

The book, he says, was a result of people always asking “when are you doing a cookbook?” and finally making the time, to collect his best recipes, and compile them, to a standard he would feel proud of, while having fun.

As educators, Wolfman and Finn also wanted the book to be a “sharp how-to.” But most of all, they wanted to honour their elders and share the stories that had been shared with them.

Wolfman’s mother, the late Delores Diablo, is Xaxl’ipmec, and grew up in the Fountain Valley, near Lillooet. She moved to Toronto after she got married, and David and his siblings were raised as “urban natives.”

Wolfman was looking for food to connect him with culture and place. “I had this big interest in going back home. The fascinating thing is I was a chef. So my relatives were saying to me, ‘oh, show me how to do that hollandaise. How do you make this sauce?’ And I would say, ‘oh, can you show me how you dry the salmon?’ I don’t think that they realized the volume I was absorbing.”

I think this is why he laughs at my question. You can’t eat yourself indigenous. You might be literally fuelled by the ingredients you consume, but you don’t become the cuisine that you eat. Although he defines his beat as “indigenous fusion”, he isn’t as interested in defining or limiting or separating things apart, so much as he is interested in using food as a catalyst for coming together.

He’d always been the guy who wandered into the kitchen and sat down with a friend’s Portugese or Italian mom, absorbing their intimacy with the food, their techniques, learning everything he could. He traced that comfort back to standing on a milk crate at the stove, 9 years old, stirring his first stew for his mother – the way she winked at him when he splashed a bit of meat over the edge of the pot, and assuaged his worries that he was going to get in trouble for making a mess, by picking it up and saying, “oh we better eat that one!”

“She made it really comfortable for me, and I realized from her that the sharing of the food and the knowledge was more important than the finessing and the garnishing and the bouquet garni and the spices.” 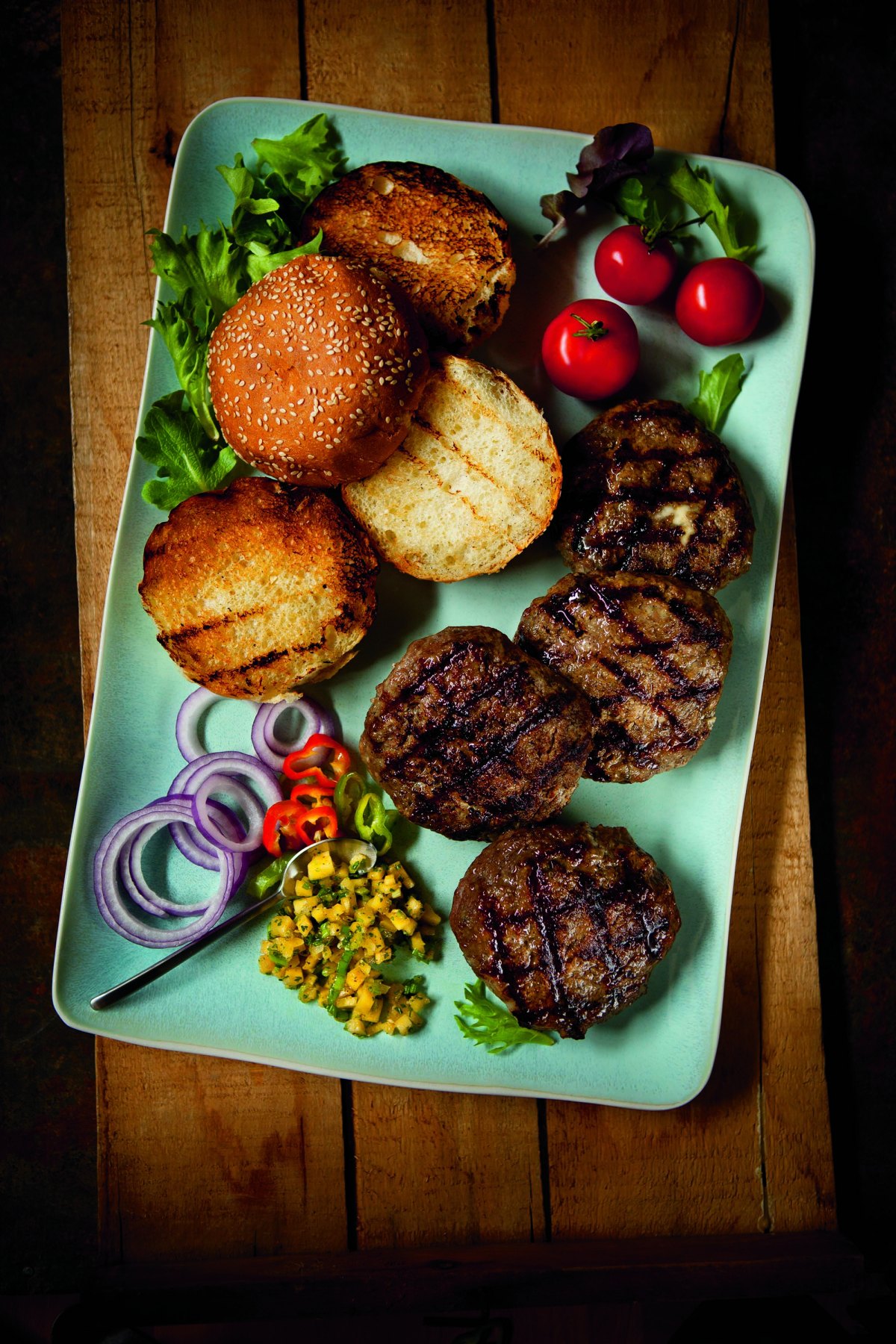 After his mother died, Wolfman returned to Xaxl’ip, and sat outside the now abandoned cabin she had grown up in. He saw the mountains, the window, the berry bush she had told stories about – the xosum berries she couldn’t wait to eat, that she’d eat before they were ready, and giving herself a stomach-ache with her impatience.

Food is just food, says Wolfman. You have to sell it to people. He calls it “whetting people’s appetites.” He teaches his students, “I don’t tell people when they come into my restaurant, ‘Tonight you’re gonna have a choice of eating a dead chicken or a dead fish.’” Part of what gets us hungry when we read a menu, he says, is the backstory. It’s organic. It’s grain-fed. It was gathered by hand under a huge blue sky. It was made for me by my grandmother whenever I went to visit.

Keeping the stories alive is what matters. And stories that are shared last longer, go farther, grow into something more.

“Food ties us together,” says Wolfman. “Especially when you have respect for food, and you bounce different ideas off each other. Even if we’re different, or have different beliefs, it doesn’t matter. The end goal is that we sit together and eat together and tell stories and love the company. That’s all.”