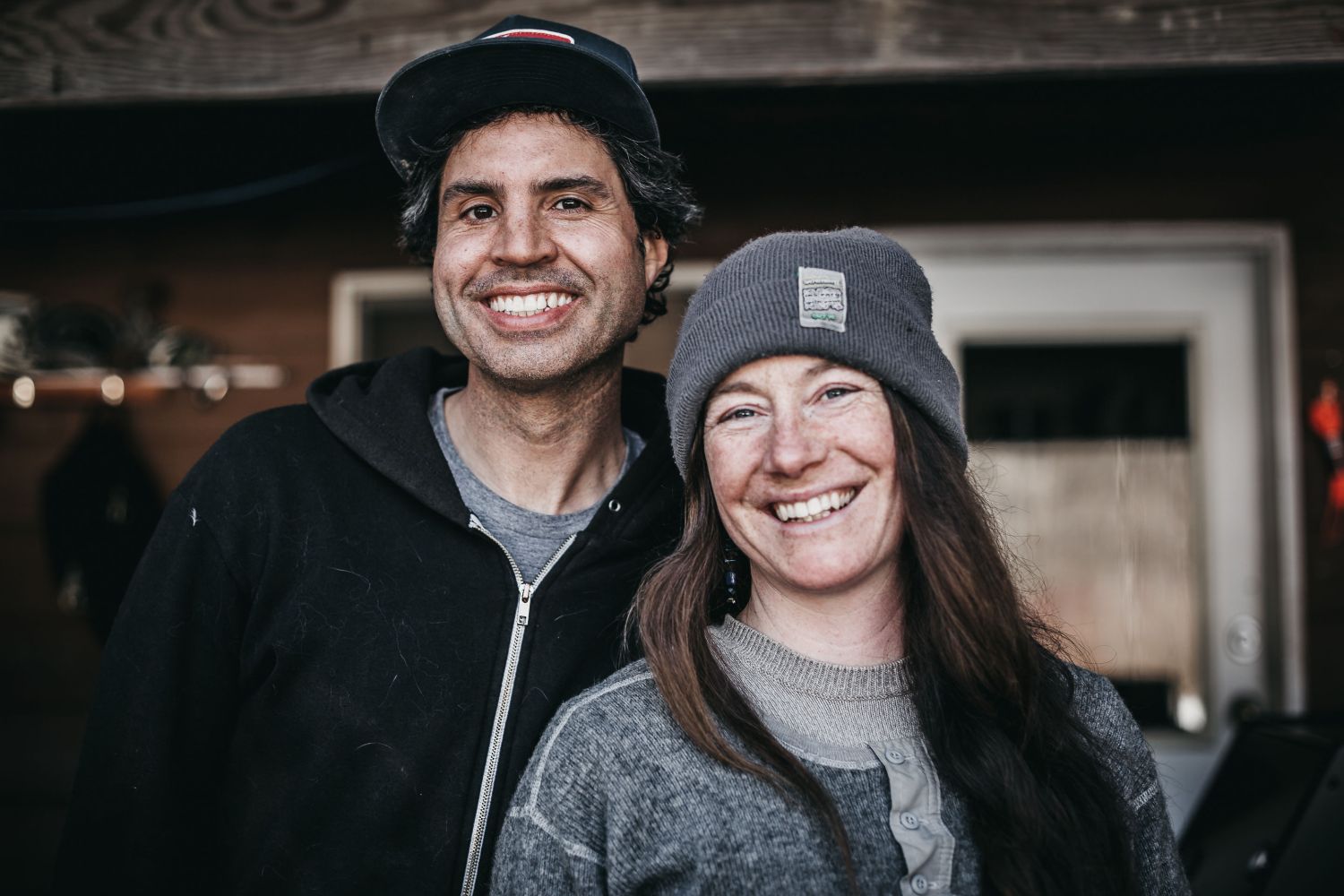 This is the time of year when the farm machines roll full-tilt out of winter hibernation.

At least, that’s how Andrew Budgell speaks of it.

Co-owner of Laughing Crow Organics, one of Pemberton’s small scale organic mixed vegetable farms, Budgell is six credits shy of an English degree, and seven years in to his transformation as a farmer. We sat down this winter to talk shop, mutually intrigued by each other’s craft. 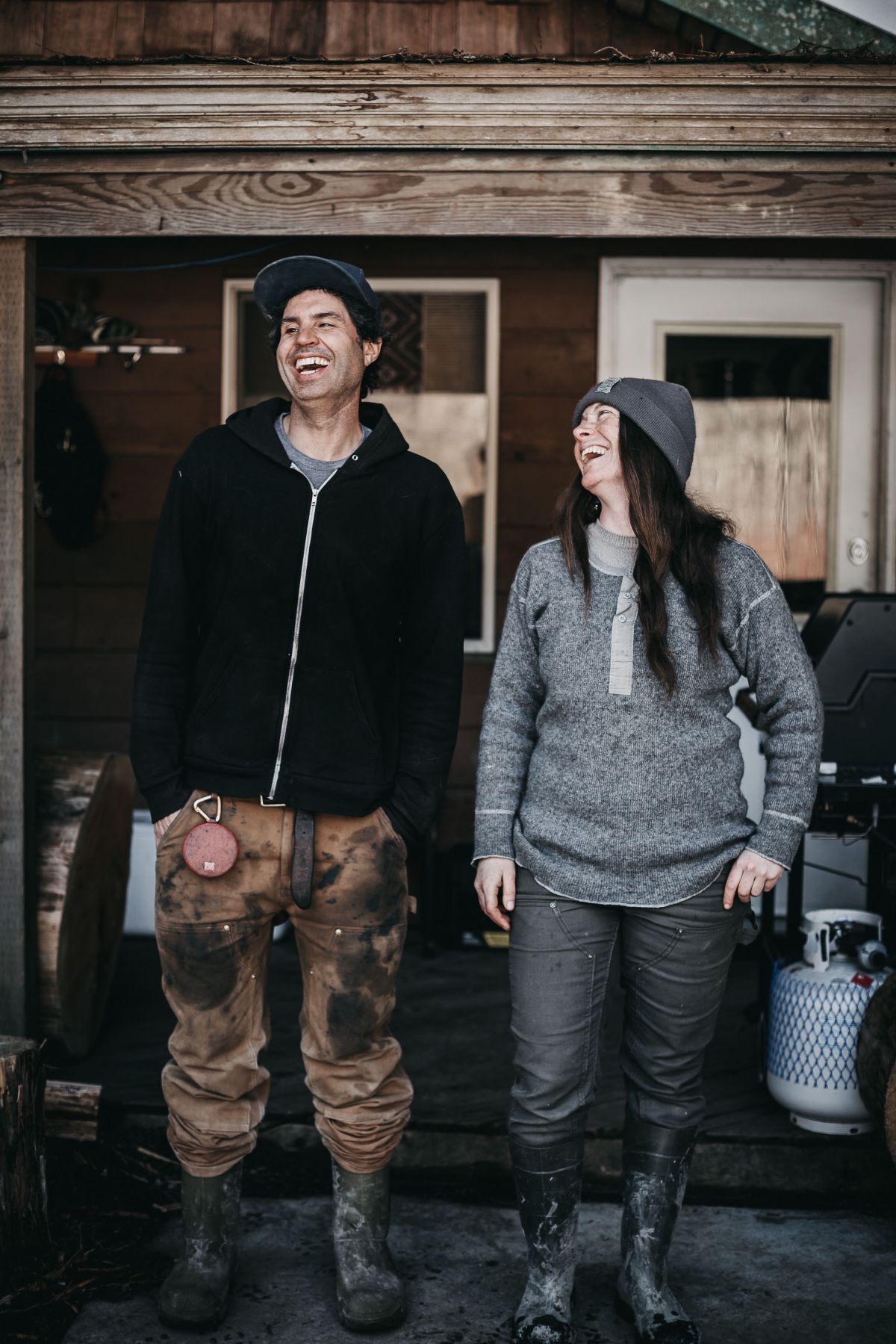 “In the winter time, it’s like you’re assembling this really complicated machine,” Budgell explained. “And when the season starts, you pull it out in the field and start it up. It begins lumbering forward. And you start seeing, as the season goes on, that you’ve become a part of the machine, working, weeding, watching. But this has all been planned. Every now and again, the machine will trip because of something you didn’t think of. Then there’s this extra challenge of patching things up and putting out fires. But the machine rumbles onwards forever.” 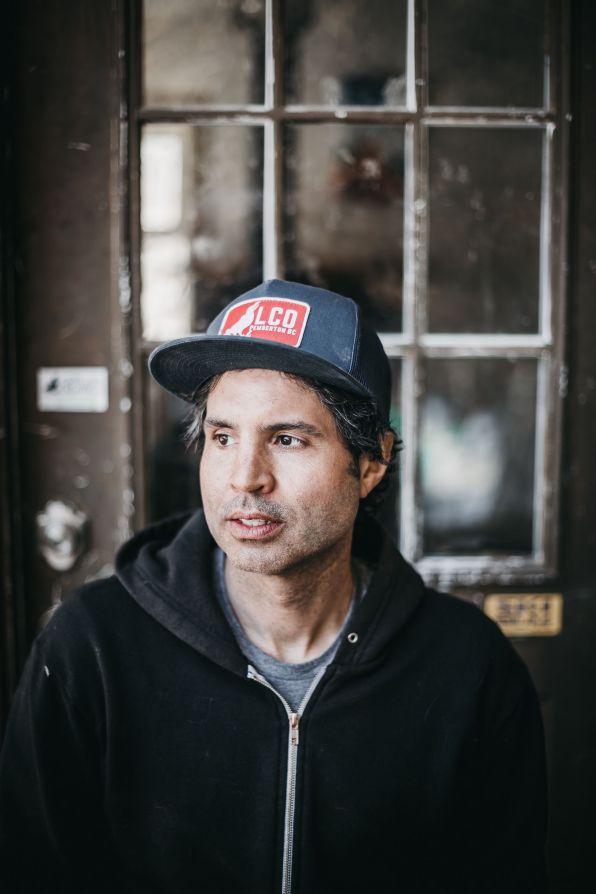 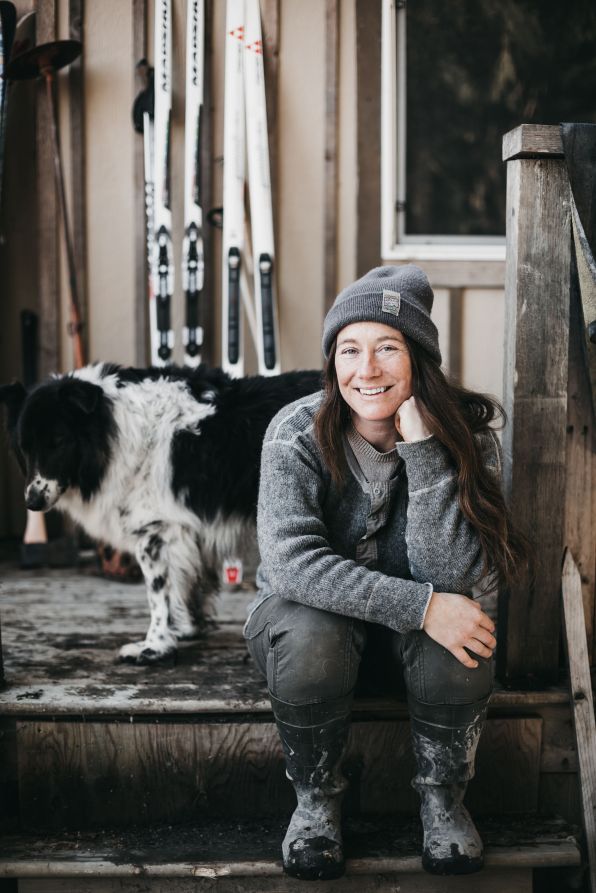 Once the snow is off the fields, and the Life Force is surging through everything, nothing is sleeping. And the farmers start moving to keep pace – a pace that will keep accelerating until they feel like they’re running. “I feel like if I don’t keep moving alongside it, the machine falls apart. You have one chance. It’s a really hard deadline, unless you can decode nature.” 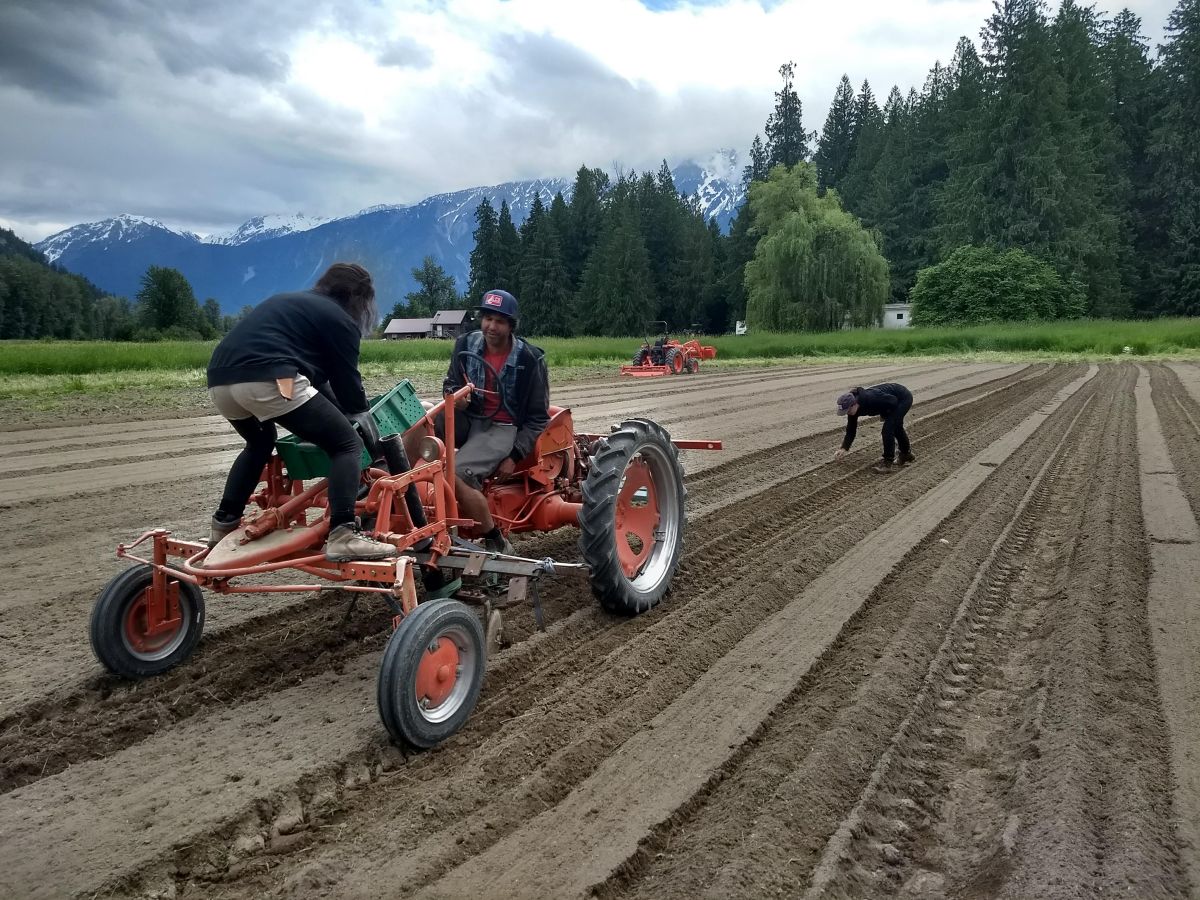 Budgell is regaling me with images of his Frankensteinian creature, in part, because we’ve sat down to talk about the contrast between winter and summer. Winter is a time for planning and playing. Now that farming season is here, it’s time to get down and dirty with your creation – to fully engage in this mysterious interplay between your plans and ideas and the physical world. 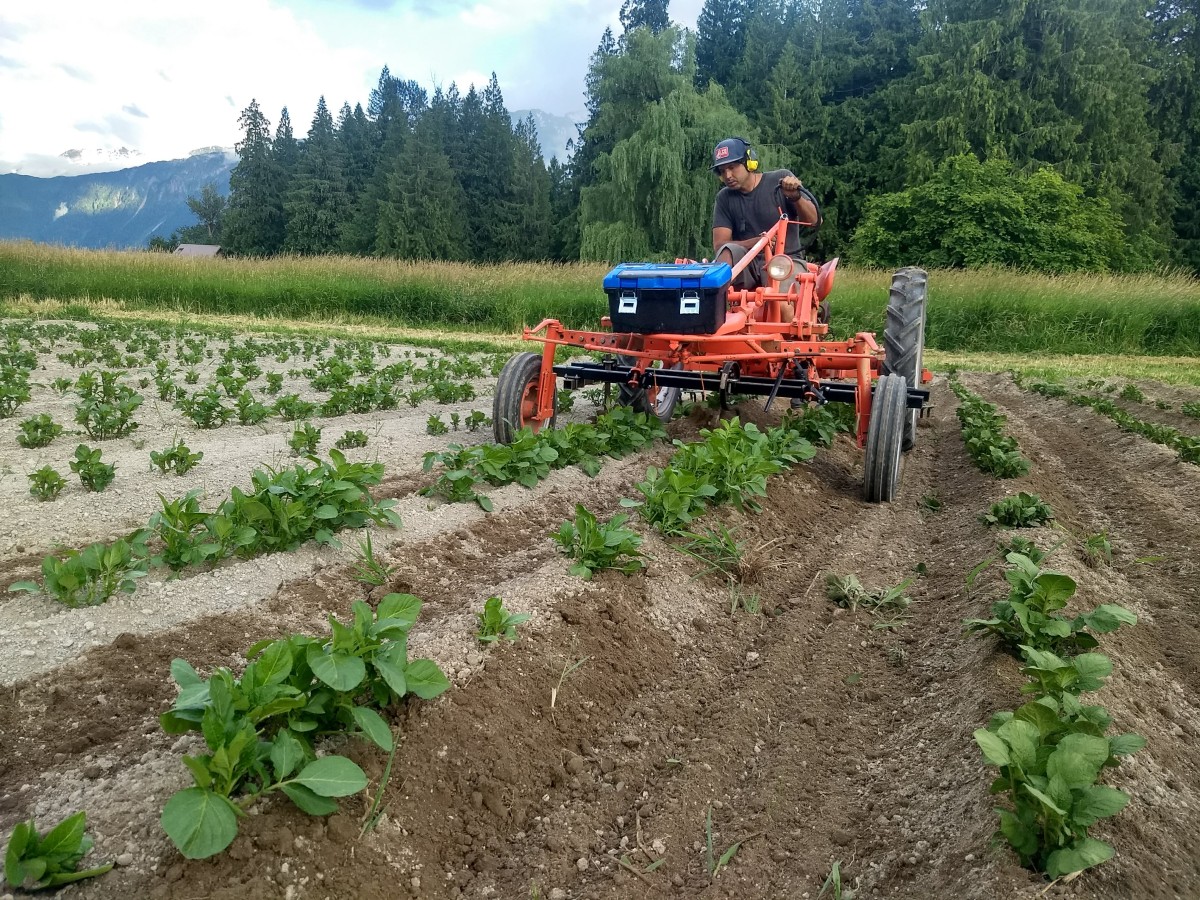 I returned to this interview after listening to poet David Whyte talk about “the conversational nature of reality.” Whyte suggests that “the only place where things are actually real is at this frontier between what you think is you, and what you think is not you; that whatever you desire of the world will not come to pass exactly as you like it. But the other mercy is that whatever the world desires of you will also not come to pass. And what actually occurs is this meeting, this frontier.”

One day this winter, running alongside my own lumbering beast of deadlines and deliverables, I did something different. Instead of downing two espressos, I squandered 15 precious minutes in meditation. I sat, breathed out, and in, and out, and in, and offered a kind of prayer to the universe. This story means a lot to me, I admitted. I want to do the idea, and the people it represents, real service. And I have five and a half hours to do it. Anything or anyone out there that can help get this fully formed out onto the page right now is most welcome.

I’d long been intrigued by Eat, Pray, Love author Elizabeth Gilbert’s theory of creativity, famously disseminated in her TED talk. Her insight is that there are Muses, a kind of “other” energy that works through us. A big part of doing creative work, maybe the biggest part, is consistently showing up so the forces know where to find you.

She came to that story as a kind of medicine to her huge commercial success and the weight of creative pressure that followed. Excavating an ancient understanding of Muses was her way of letting the air out of the pressure cooker of her Next Big Project; saying, look it’s not all on me. If I just show up, some other magic will meet me there.

It intrigued me, but it felt a bit passive, like she meant opening yourself up as a channel or a medium, letting something use you to flow through and onto the page. Writing hadn’t ever felt like productive sleep-walking to me. But when I sat in that moment of pause, inviting mysterious allies out of the cosmic woodwork, I suddenly saw it as a much more dynamic process – profoundly collaborative. Co-creation. Something might work through me, but it had to work with me, with my brain, my thought patterns and habits of language, and I would be shaped by the flow, just as I might allow it to help shape the work.

It was a new frontier.

It may be that some kind of meeting took place that day. But I began to let my fear and overwhelm subside at the responsibility of what I was tackling, trying to pull stories out of the ether, alone. 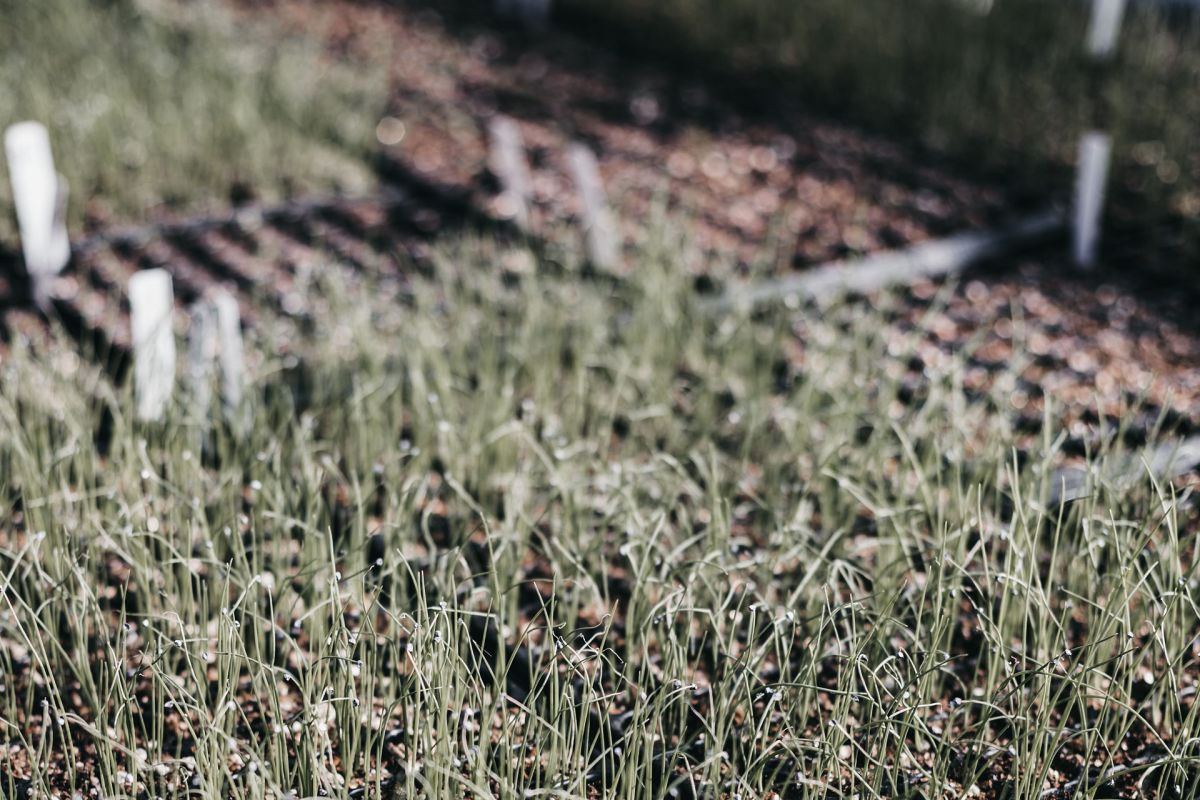 Every spring, when the freshly plowed fields are full of scribbles and half-thoughts, Budgell feels the weight of the beautiful responsibility he has shouldered to feed hundreds of people. “We always freak out! We worry: is it going to grow this year? Is it going to happen? Are we going to have food? All through April and May and June. And then right around July, it’s like this crazy revelation. Oh my God! It worked again! Nature!” 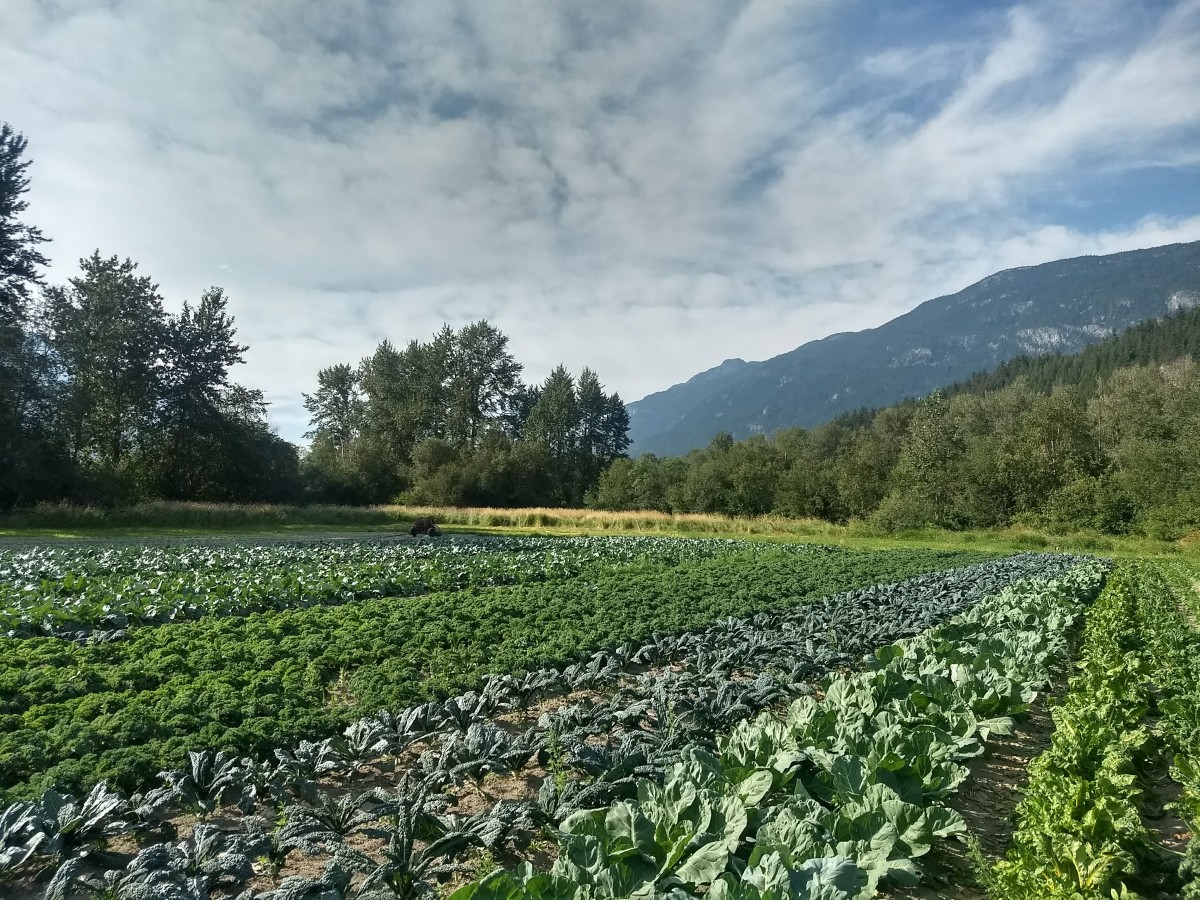 “There is a chemistry to creative work that is about two parts miraculous to one part sheer effort,” reads a quote tacked above my desk.  The precise effort-to-miracle ratio may change, but both are indispensable. We keep fumbling back to this. It’s on you, but it’s not all on you. It can’t happen without you, so show up and do the very best you can but make space for the not-knowing, the magical, the forces that keep the plants growing and the words flowing, and whatever else needs human hands to manifest in the world, in this earthy gritty sweaty dimension, where revelation happens.