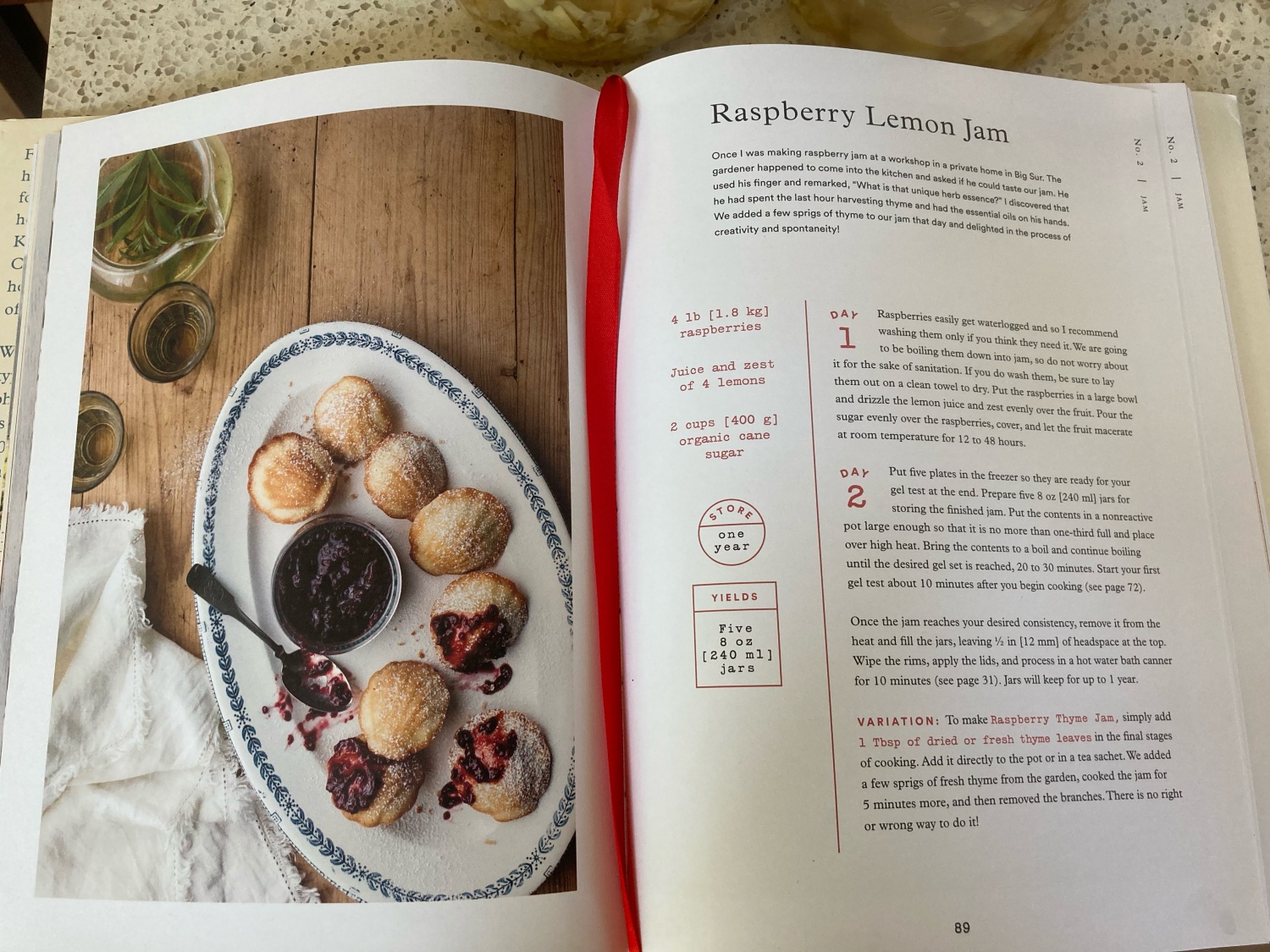 Much is conjured in the kitchen, over the steam and bubble of a jam pot – sweet anticipation, yes, I am bottling summer, but also, curiously, a deep lament, for the fact that I am learning this out of a book that I must return to over and over, attempting to land the instructive words, like wily fish that dont wanna be caught, to drop head-knowledge to the dock of deep muscle memory. And my bones ache for the lack and the longing, that this is not second nature, that every year, it still feels foreign and fraught. That it is not bound in apron strings of beloved mothers, aunties, grandmothers…

I sense all the grandmothers watching, mysterious women, unknowable stories, knowing I am downstream of the broken chains of transmission, of lands left, or of things survived or left behind or not passed on or not sought out. Of stories not treated as inheritance. Of recipes not recognised as legacies or spells, able to conjure us back into connection.

Are they cheering or tut-tutting or intervening with whispers, or wishing that they could?

Who knows what they’d think when, after lowering the rack into the broil of water that has steamed up the already-too-hot-house and raised the temperature by an unwelcome additional two or three degrees Celsius, the bottom of one jar shears right off, and the emptied out vessel floats like a dead fish to the top, and the rest of them are then water-canned in a purplish soup with bleached out chunks of raspberries burbling around that look like someone’s puke.

What would they say? or want me to know?

I am trying to teach my son to be a problem-solver, to look at disaster or blank sections as problems so solve, instead of inevitabilities or failures or freeze frames or dead zones, and perhaps that is what they care to see: that we keep trying.

We, who move forward, who are the living garden of their DNA, the repository of their dreams, are teaching ourselves, are asking for help, are finding allies and guides and cookbooks and tenderness, and trying to send that tenderness, that resourcefulness, that regenerative energy forward, and backward through time. That we may know that this is the flavour of the season, of the first harvest, of Lammas time – the sweet and the sour… the fruits of our lives, the tang of our skins, the shape of the places we’ve grown out of, the shapes we make with ourselves.